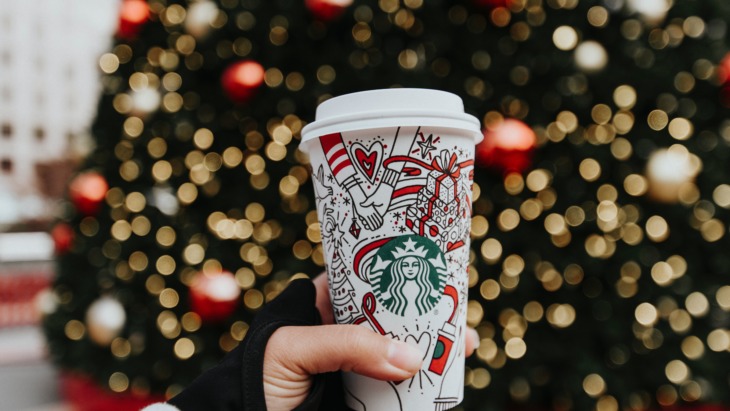 Some Christmas ads are almost as old as Gen Z themselves – so it’s not surprising that they’re ingrained in students’ memories. Others have landed on the scene a bit more recently, with Gen Z in mind. Ahead of the festive marketing season, we take a look at some of the holiday ads that made the strongest impact on Gen Z in recent years.

When does the festive season begin? Not on December 1st. Not on Black Friday. No, the party doesn’t start until the Pumpkin Spiced Latte walks in. No other beverage – and no other brand – has quite mastered the art of determining when a season kicks off, on a global cultural level.

For some Gen Zs, the Pumpkin Spice Latte is something to react against – to be sipped ironically, accompanied by a self-deprecating #Basic hashtag. But Starbucks’ signature autumnal drink speaks to the guilty pleasures of an entire generation – and love it or hate it, the PSL is something that young social media users are willing to react to, creating their own content and sending algorithms spinning into a constant feedback loop of pumpkin-spiced promotion. And it’s working – the pumpkin spiced latte generates over $80 million in revenue per year. And with PSL going vegan two years ago, the world’s most talked-about latte is clearly set to move with the times.

Ebay: Fill your cart with color

For a generation that prides itself on authenticity, Ebay really could do no better than appeal to Gen Zs fear of becoming “beige”. In a campaign designed to hit home with the conscious consumer, Ebay’s 2017 Christmas ad offers a peek behind delivery culture’s curtain with a conveyor belt of beige boxes, then rapidly cuts to a colorful montage of young, excited people immersed in experiences – and in color.

The viewer is taken from beige to rainbow in under 10 seconds flat, which makes it perfect for social media scrollers. It also focuses less on actual products, and more on experience – which makes entertainment-fuelled Gen Z an ideal market. But more than anything, Fill Your Cart With Color is a premonition of how the next generation will choose to shop – online, second-hand, and with their own individuality at the front of their minds.

Students may get a bad rep for their messy houses – but Gen Z students are playing a totally different game. 71% of students care about the look and feel of their home – so last year, IKEA’s ‘Silence the Critics’ Christmas ad was speaking their language. Yes, the family featured in the ad gave off distinct millennial energy – but the IKEA ad ended up winning the cynical hearts of a younger, perhaps unexpected, audience.

IKEA took Fresh N Clean (Silence the Critics) by grime artist D Double E and put it in the mouths of comedically kitsch ornaments, including a rabbit teapot and a pair of china snails – think the Beauty and the Beast, but with a 2019 twist. The furniture retailer topped it all off with a hashtag, fulfilling a Gen Z trifecta of social media, bizarre humor and a grime collab.  Millennials may have been the intended audience – but we certainly know where students will be heading for their home improvements come January.

How’s your festive ad campaign looking? Make it one that Gen Z will remember – visit our Festive Hub for all of the latest festive insights.