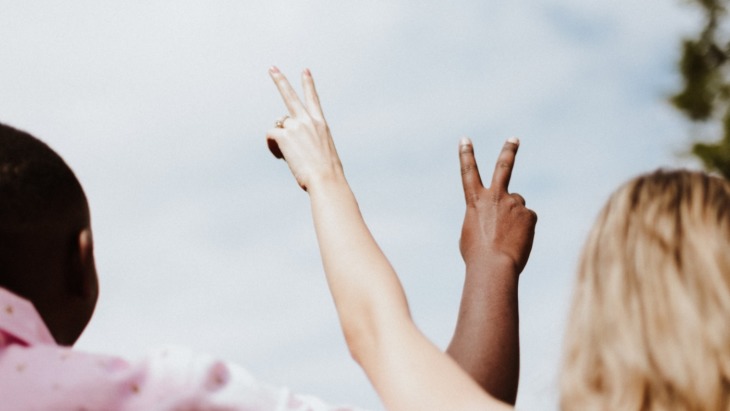 In light of Black History Month here in the UK, we’re taking a look at some of the Gen Z role models in the black community who are working hard to build positive change and encourage conversations on important issues surrounding race, representation, mental health, climate change and more.

23-year-old professional English football player and activist, Marcus Rashford, has made a huge name for himself over the last couple of years for reasons that aren’t just related to his sporting achievements.

He has been an ambassador of food waste prevention organisation FareShare since March 2020. He was also instrumental in the UK government’s decision to u-turn on their plans to stop free school meals for children during the 6-week summer holiday period in 2020 – during the height of the pandemic. His efforts saw a voucher scheme introduced for the holiday period, which was bought back again for the Christmas and Easter holidays that followed.

Marcus has also used his platform to raise awareness around sustainability and climate change; he took part in Levi’s recent campaign ‘Buy Better. Wear Longer’ with other Gen Z celebrities and influencers – including Jaden Smith and Emma Chamberlain.

Having experienced racial abuse himself, Marcus has also been a strong voice in the conversation surrounding systemic racism. After the final of the 2021 Europa League final, Marcus received over 70 messages of racially targeted abuse. Marcus used his platform to make strong and poignant statements about racial abuse and his own difficulties – which in turn triggered an immense amount of support from other players, organisations and fans; showing the power of conversation.

He tweeted: “We all wear the same shirt. We all kick the same ball. I’ve been playing this game from the day I could walk. I’m built for criticism of my performance but I can’t accept the ape, monkey, baboon, banana, jungle talk. As a United fan myself, it’s really difficult stuff to read. And I can only think about how this would have made me feel as a 7 year old reading it. How would I ever have any faith in humanity?”

Marcus had to deal with a similar strain of abuse after the 2021 Euros tournament that followed (where Italy beat England in a penalty shootout). Both occasions prove just how much racism still exists in today’s world. Once again, Marcus showed grace and wisdom in his response to this unacceptable abuse – which saw an overwhelming number of positive messages from supporters.

His positive impact and influence towards young people has led to more efforts being made to diversify and modernise exams and lessons in schools across the UK – with Marcus becoming a part of GCSE Media Studies curriculum. Pupils studying AQA media studies from next September will get to learn about the social and race issues that Marcus has campaigned for, and how he has used his social media presence to engage his followers.

Singer, businesswoman and Little Mix star, Leigh-Anne Pinnock, has been a huge part of the conversation surrounding systemic racism and colourism over the last few years. As the only black member of Little Mix, Leigh-Anne has spoken out about how alone she has felt in a predominately ‘white pop’ industry, and how she’s felt less favourable with her fans due to her race.

​​“There’s only so much you can take of feeling like you are the invisible one, or you’re being overlooked. There had to come a point where I see this as my power and I now do. It is. Being black is my power. And I want young black girls around the world to see that.”

This empowered the Little Mix star to create and release a documentary back in May 2021 titled ‘Leigh-Anne: Race, Pop & Power’. The hour-long feature sees Leigh-Anne confront her own experiences as a black woman in the music industry. She also discusses racism she experienced as a child, and how she wants to use her platform to combat racism that exists in today’s society. This powerful documentary has been instrumental in normalising and encouraging conversations around race – especially within the music industry.

“As a society, we’re not used to having really open conversations about race. It’s only now where the world’s finally woken up and the world finally wants to talk about it and address it. These conversations are new, and I can’t wait till the moment where it feels like second nature. We’ve got a long way to go but things are happening.”

International gymnastic star, Simone Biles, has been a huge advocate of mental health in recent months, after her time at the Tokyo Olympics was cut short due to her own battle with mental health.

As a powerful Olympic athlete, it was certainly a surprise to spectators – some of whom shamelessly criticized her for it – but it was also a huge eye-opening moment because Simone showed us that anyone’s mental health can be negatively impacted. She put her mental health first and has since sparked an important conversation around self-care and self-love.

In an interview with Sporting News, Simone revealed the changes she hopes to see within the sporting industry: ​​“It’s harder being a female athlete because everybody prays for your downfall and wants you to mess up and all of that stuff. I don’t think they take into consideration our mental health because what we do isn’t easy or else everybody could do it. But at the end of the day, we’re not just athletes or entertainment. We’re human, too, and we have emotions and feelings and things that we’re working through behind the scenes that we don’t tell you guys about. And so, I just think it’s something that people should be more aware of.”

16-year-old Marley Dias is an American student activist, writer and author. From a young age, Marley has been super proactive in the conversation surrounding race and representation.

In 2015, when she was in elementary school, Marley launched #1000BlackGirlBooks – a book drive designed to bring more attention to literature that features black female protagonists. The aim of the drive was to collect at least 1,000 books to give to black school girls – to help them feel represented and empowered. The whole initiative stemmed from Marley’s own experiences of feeling under-represented in literature as a child.

Since then, Marley has built a following of over 106k followers on Instagram and has published her own book titled “Marley Dias Gets It Done’. She also recently announced that she is an honoree in Ulta Beauty’s MUSE 100 – an initiative that celebrates inspirational black voices in beauty – and won the 2021 WNET Youth Collective Changemaker Award back in September.

Gen Z influencer and activist, Eva Maria Lewis has been a big voice in the black community – using her social media platforms to contribute to the conversation on racial equality, and to empower her followers.

When she was still at high school in 2015, Eva founded The Free Root Operation – which aims to combat gun violence by ‘investing in the healing and empowerment of Black & Brown communities’. Eva has become a huge role model for the next generation.

Her positive impact on the black community saw her crowned as the 2021 Reebok Human Rights Award winner. For Eva, her hard work is only set to continue.

“Throughout my lifetime, I want to provide and embody the facets of representation I never saw for myself while growing up. In five years, in this body, I’ll be an academic, artist, activist, advocate, and everything in between. In five years, I’ll be done with my undergraduate career, and reaping the benefits of what this free Ivy League education has to offer me. I’ll be six years in the making of creating the scaffold for an equitable Chicago. I want to have created effective change in my immediate community of South Shore, and begun to apply that scaffold to other black and brown communities in Chicago, and the United States. I want to make art that functions as a mechanism of liberation for myself and others. Ultimately, I want to be some little black girls’ representation.”

There are, of course, plenty more Gen Z role models out there. Check out part 2 of this series for more.