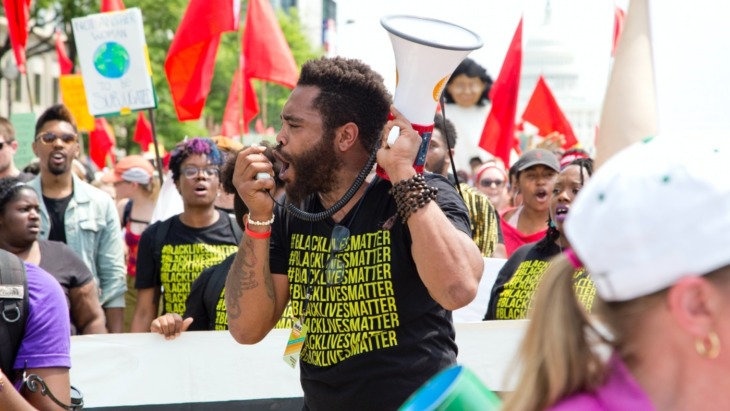 It’s Black History Month here in the UK, so we’re shining a light on the where, when and why of this commemorative occasion – focusing on the events that have triggered a development in the conversation around modern systemic racism, and outlining key takeaways for brands looking to support positive change within this area over the next four weeks – and beyond.

Black History Month – where, when and why it began

Black History Month originates in the US, where Virginia-born, Carter G Woodson (also known as the ‘Father of Black History’) worked hard to secure a number of highly regarded qualifications – including his PhD from Harvard – and increase awareness of Black History and opportunities for the black community. He sent out a press release in 1926 which recognised the first Black History Week in the US, as it was called in the early days. Since then, it has expanded to a month-long commemorative occasion that is recognised across the world.

Black History Month aims to recognise people from African and Caribbean backgrounds and their value to society, which has been largely overlooked in the past. This long-standing occasion gives everyone the opportunity to celebrate Black culture and important events in our history. It also gives everyone the opportunity to educate themselves on the negative effects of racism and stereotypes.

More recently, Black History Month has developed to focus even more on the ‘Windrush generation’ – that is, people who travelled to the UK from the Carribean between 1948 and 1971 – and movements like Black Lives Matter, which rose to prominence in May 2020 after the devastating death of George Floyd at the hands of former police officer, Derek Chauvin, in Minneapolis.

George’s death triggered world-wide protests against systemic racism and the injustice of his murder, and others in the Black community – including Breonna Taylor, Tamir Rice and Stephen Lawrence.

As well as physical protest, many took to social media to raise their voice about the Black Lives Matter Movement and last year’s Black History Month felt extremely poignant given the events of 2020. Since then, and for this year’s Black History Month, initial media coverage suggests that the conversation around systemic racism is only growing stronger. As our most politically engaged generation to date – Gen Z students have been right at the helm both online and IRL. In total, 86% of 16-24s in the UK have taken part in the movement. 74% signed a petition, 63% raised awareness with friends/family, and 61% have posted on social media.

For Black History Month 2021, a new campaign has been launched in the UK called ‘Proud To Be’. Inspired by Black Lives Matter, the campaign is geared towards recognising the stories, achievements and contributions that black people make in the UK on a daily basis, as well as important historical figures that have long been recognised during Black History.

This campaign is designed to do more than just celebrate black heritage and history – it is designed to tackle racism and ensure black history is taught beyond the month of October.

As part of the campaign, people in the black and brown community – including celebrities – are being encouraged to share what they are proud to be, with an aim to celebrate diversity and squash racism.

As a brand, getting involved in this campaign – or creating your own content to support Black History Month – is super important. For Gen Z consumers, this element of trust and transparency are both crucial factors when it comes to choosing where their brand loyalties lie. As our most diverse and forward-thinking generation to date, brands should stand with the next generation and be proactive.

But it’s not just something to recognise in October each year. Gen Z will be fully aware if you’re being performative – think about what your brand could do year-round to be more inclusive to black employees. If anything, Black History Month is a time to learn the actions you intend to implement going forward.

Want to learn more about Gen Z’s views and values? Subscribe to our newsletter to receive regular student insights.