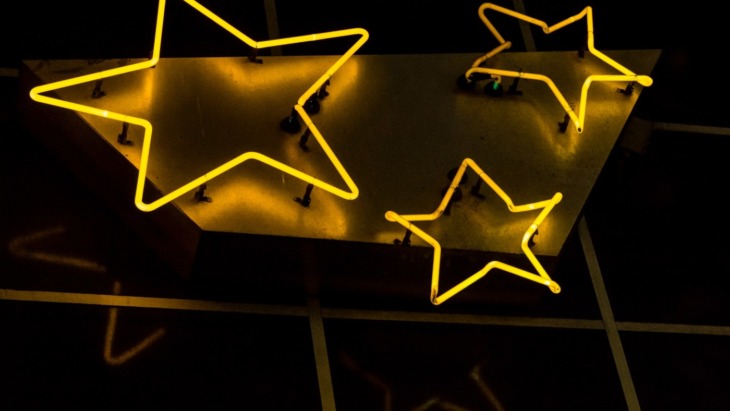 For part 3 of our Gen Z role models series, we’re zooming in on individuals who have been praised for their efforts in activism, sporting achievements, educational support, authentic messaging and more. You can catch Part 2 here if you missed it.

20-year-old American Youtuber, Emma Chamberlain, is renowned for redefining vlogging on YouTube. She is loved for her authenticity and hilarious personality which shines through on all her YouTube videos.

Since starting her YouTube channel in 2017, Emma has gained an audience of over 11.1 million subscribers, and 14.6 million followers on Instagram (and counting).She has also been awarded a number of accolades for her work within the influencer space. Time Magazine included Emma on its TIME 100 list, and on its list of The 25 Most Influential People On The Internet in 2019.

In 2019, she also launched her first podcast series ‘Anything Goes’, which resulted in her winning the award for Best Podcaster at the 12th Shorty Awards. Other achievements of hers include her recurring modelling contract with Louis Vuitton, and her brand Chamberlain Coffee.

Influencer and founder of Gals who Graduate, Bronte King, has been instrumental in supporting the student community. Her business Gals who Graduate, which she founded back in 2019 after graduating from the University of Reading, is a community of young women and girls who are studying at university or are in the midst of navigating their way through post-graduation life.

As well as a closed Facebook group, Bronte hosts a dedicated Instagram page full of relatable content. She also hosts a number of in-person and virtual events, which always involve brand partnerships for fun giveaways and prizes.

On her personal profile, Bronte works with many brands to review products via her Insta stories and YouTube channel. She works across many sectors that interest her and relate to her predominantly young female following. Her bio “doing it 4 allll ma girls’ speaks for itself.

Founder of We are Tala and Shreddy, Grace Beverley, started out as a YouTube influencer – posting everyday vlogs about her life at Oxford University, clothing hauls, holidays, vegan recipes and more.

Having built a strong following thanks to the realness behind her content, among other things, Grace turned her attention to two of her biggest passions: fitness and sustainability. Her brands specialize in sustainable gymwear, equipment and vegan supplements.
Starting out her career as a founder and CEO of two businesses makes Grace an impressive, influential figure for Gen Z students in particular. Upon release, her book ‘Working Hard, Hardly Working: How to achieve more, stress less and feel fulfilled’, was the number 1 Sunday Times bestseller – and has been praised for how much it speaks to the younger generation who are finding their feet in the world of adulting.

14-year-old Zaya Wade is a LGBTQ+ activist and daughter of retired basketball player, Dwyane Wade. At the age of 12, Zaya told her parents she was a trans girl. Zaya and her family shared her gender with the public in February 2020 so that she could live as her true self. Since then, Zaya has been recognized as a prominent young member of the LGBTQ+ community – appearing in magazine articles and encouraging those around her to learn more about the transgender community.

“Be true to yourself — what’s the point of being on this Earth if you’re going to try and be someone you’re not?” – Zaya.

Her efforts to improve the lives and rights of transgender individuals have been recognized in her recent accolades. Last year, she was selected as one of The Advocate’s Women of the Year and as one of The Root’s Young Futurists. In March 2021, Zaya interviewed Michelle Obama where the pair discussed the release of Obama’s latest memoir ‘Becoming’, which is targeted to younger readers.

19-year-old tennis star, Emma Raducanu, has become a huge name in the sporting world after working her way up the tennis ranks this summer. Her impressive win in the US Open in September has seen her break a number of records during such an early stage of her career. She is the first British woman to win a grand slam title since Virginia Wade’s Wimbledon victory in 1977, she is the youngest grand slam champion since Maria Sharapova in 2004. She is also the first qualifier, man or woman, to win a grand slam title. In other words, Emma Raducanu is a Gen Z legend.

For young women especially, Emma is a huge role model. Too many times, women have felt overlooked in sport in both a professional sense, and in their early years – as boys typically get more opportunities and encouragement to pursue sport. Winning a major title in tennis so early in her career – and just weeks after receiving her A level results – makes Emma a true champion for young people.

Want to know how your brand can be authentic in the eyes of Gen Z? Download our latest guide – Authenticity: through Gen Zs’ eyes – to learn more.