Home » Blog » Revealed: 86% of Gen Zs get their news from social media 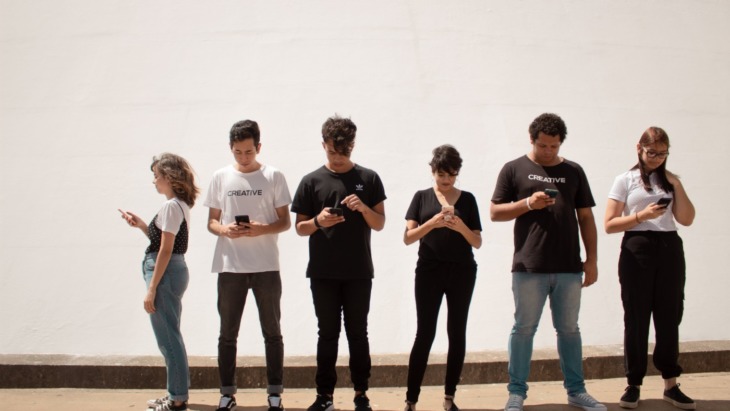 With several major stories breaking on TiKTok recently, we wanted to find out where Gen Zs get their news from – and whether they really trust social sources.

Where do Gen Zs get their news?

According to a Student Beans survey carried out in November 2021, the vast majority of Gen Z students get their news via social media – a huge 86%. By comparison, 39% of Gen Zs get their news from dedicated news sites.

Other popular sources for news include friends (56%), family (55%), and TV (43%) – but social media is the clear winner for these digital natives.

Nice. So what platforms?

Looking back, Twitter was once the place to digest breaking news. Ironically, now that the site has evolved with more stringent fact-checking guidelines and a dedicated “What’s Happening” section, it’s no longer Gen Zs’ first choice for news.

Instagram comes out on top, with 67% of Gen Zs getting news from the platform. This rises to 73% among high school students. TikTok is also a rising source of news – 48% get news on the platform, which again rises to 59% among high school students. This marks out an interesting evolution among young people – they seem to prefer to digest the news via visual platforms.

Do Gen Zs trust the news they get from social media?

There’s a phenomenon on TikTok which sees young creators acting as de facto reporters – breaking news to their followers and presenting “evidence” and theories. Sometimes, experts – doctors, lawyers, PR executives, archeologists and more – will even comment on a situation via TikTok. It’s possible to get an entire news bulletin in just four consecutive videos.

Despite social media being the most popular source of news, Gen Zs don’t immediately trust the news they find on social media. So we can assume users discover breaking stories from unconfirmed reports on social media, then verify them later via other sources.

But they don’t ultimately condemn social-based news. There have been occasions where extra exposure on social media has benefited a breaking story. In the Gabby Petito case, for example, certain case details were uncovered by social media sleuths. More recently, the deadly crowd crush at a Travis Scott’s Astroworld festival garnered widespread attention on social media. Many attendees took to TikTok to shed further light on what happened, posting footage of blocked ambulances and extreme overcrowding. In short? There’s an argument that social media can expose what the mainstream media misses.

Gen Zs get their news from social – but you can get yours from Student Beans. Sign up to our weekly insights newsletter for all the latest on Gen Z.