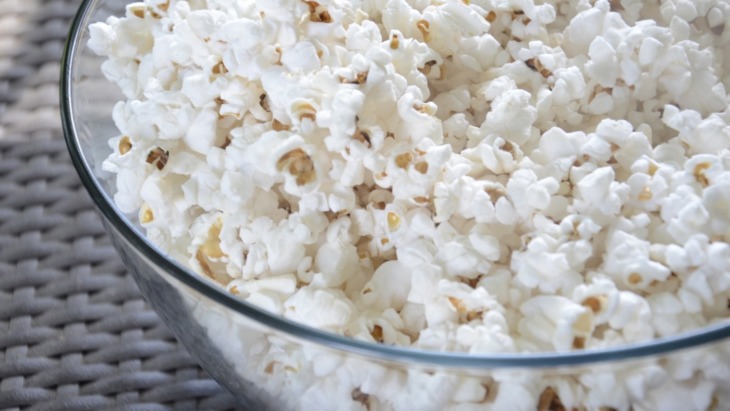 Gen Z students have a knack for binge-watching TV shows like no other. So much so, it seems, that it’s influencing how they spend their money. Here are the upcoming shows to keep an eye on – for their spending sway as much as for their entertainment value.

Gen Zs basically invented binge-watching. Granted, they are the first generation of digital natives, giving them a significant advantage, but there’s no denying that watching ten hours of TV is of little consequence to the average 16-24-year-old. Particularly at the moment: 70% of UK Gen Zs are bingeing TV shows and films to get through lockdown 3.0.

We’ve already taken a look at some of the shows that shaped Gen Z spending recently. Now, we’re turning our attention to the future. With a whole host of content due to drop on Netflix in the coming weeks, here are our predictions for the ones that will spark Gen Z shopping extravaganzas of their own.

Moxie: a revival of riot grrrl

We know that Gen Zs are drawn to rich vintage aesthetics, are driven by ethics and values, and aren’t afraid to call out what they don’t agree with. So the latest film to drop on Netflix could be a blueprint for discovering their next big trend: 90’s riot grrrl culture. In Moxie, a 16-year-old girl discovers her mother had a secret, punk-filled past – and starts to recreate it in her own high school. From aesthetic to values, it ticks every box for Gen Zs – they just need to tap into it.

On their shopping lists: beauty, accessories and fashion, of course – but beyond that, stationary (for zine creation) and headphones (for new music discoveries).

With two well-received seasons already tucked away, Sex Education’s return this year is a hotly-anticipated event. Already, we’ve seen the impact the show has had on Gen Z – it explores nuanced issues of sexuality, intimacy, and – more recently – assault in a way that’s frank and believable. It’s clear that the show has had an impact on younger viewers – over on TikTok, there are whole communities dedicated to – well – sex education, but in a refreshingly candid and down-to-earth style.

Sex Education fulfils its eponymous purpose – but manages to avoid being preachy and overbearing by having an aesthetic so good you can almost taste it. The characters don a whole range of wacky, wonderful outfits; boys wear makeup, girls wear space buns, and there’s a whole season of fashion inspo to look forward to.

On their shopping lists: Anything and everything worn by Lily Iglehart – there are whole areas of Pinterest dedicated to her aesthetic.

Shadow & Bone: fantasy, nostalgia, or both?

If Netflix has learnt anything from dropping show after binge-worthy show in recent years, it’s that Gen Zs love a teen-focused drama – particularly if it’s a revamp of a classic narrative. The Chilling Adventures of Sabrina has been and gone, and Riverdale continues to thrive among young viewers (even if the teen drama is prone to occasional TikTok mockery).

There’s little doubt, then, that teen drama Shadow & Bone will land well with Gen Z viewers. Based on a YA novel series, it already has a dedicated fanbase – but this isn’t even an essential. After all, how many Gen Zs read the Archie comics before tuning into Riverdale?

Shadow & Bone, and other teen dramas like it, represents a phenomenon common among Gen Zs: revelling in nostalgic stories, and giving them a darker twist. Expect either a revival of the YA fiction that this generation grew up on, or a renewed interest in fantasy. Or indeed both.

On their shopping lists: fantasy purchases – and all of the films, books and memorabilia that surround the genre.

Never miss a Gen Z prediction. Sign up for our Student Beans Insights newsletter for weekly news drops on all things Gen Z.