Home » Blog » Does Gen Z actually care about the metaverse? 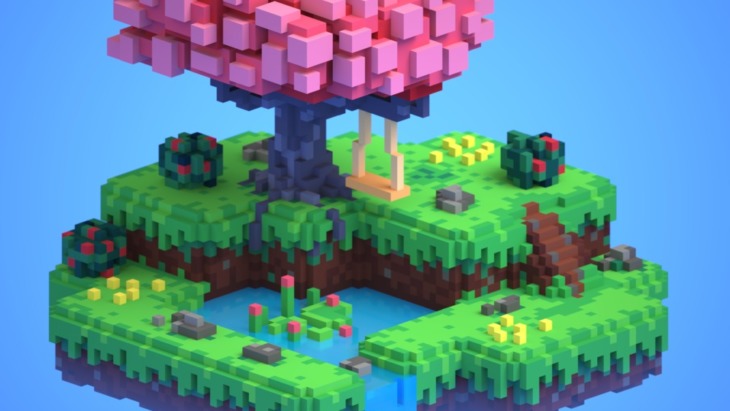 Suddenly, it seems like the metaverse is everywhere – and with Gen Zs depicted as the likely inheritors of this virtual world, we wanted to explore how they actually feel about it. So, without further ado…

What is the metaverse?

Contrary to what Meta – or as it was formerly known, Facebook – might like you to think, the metaverse has been around for years. It’s certainly not currently owned by one brand or organization – it’s more a term that refers to a collection of online virtual worlds.

There have been recent attempts to monetize the metaverse – looking at you, Mark Zuckerberg – and it’s only really since then that it’s become a synonym for virtual shopping. And yes – there is a lot of commercial potential tied up in virtual spaces. But no – young people aren’t suddenly morphing themselves into avatars to buy NFTs in virtual stores.

The metaverse: who is it for?

Recently, Glossy reported that 49% of US consumers have no idea what the metaverse is – even though it seems to be all the ecommerce world is talking about. This lack of blanket awareness extends also to Gen Z – Student Beans research found that 44% of UK Gen Zs don’t know what the metaverse is. In the US, awareness is slightly higher – 66% of Gen Zs know about it, with the majority first hearing the term in 2021 following the Meta rebrand.

When Student Beans asked our Gen Z users what they thought about spending time in a virtual world, the majority (47%) said it “could be fun”, with 36% saying it “sounds awesome”, and 17% showing a lack of interest. In the US, 44% thought the idea sounded fun, 32% were very enthusiastic, and 23% weren’t interested. To conclude? The metaverse is on Gen Zs’ radar – but they can take it or leave it.

The metaverse and gaming

Take your mind back to March 2020 (don’t worry – we won’t linger here long). Everyone was suddenly plunged into isolating circumstances, with real-life opportunities to mingle placed on indefinite hold. Looking back, it’s not surprising that interest in online communities and virtual world games skyrocketed. The Sims 4 and Animal Crossing – two sandbox games with a strong focus on virtual world-building – were suddenly making a huge comeback.

The key word here is “comeback” – because dipping into a virtual world is certainly nothing new. 76% of UK Gen Zs and 85% of US Gen Zs have played Minecraft, the popular world-building game that allows users to interact and build with friends and strangers in real-time.

Gen Zs aren’t just confined to one virtual world. 86% of US Gen Zs play Fortnite and 84% play Roblox (it’s 68% and 58% respectively in the UK, but still a majority). Enough young people are playing these games to show that none of them are individual fads – Gen Zs have a collective preference for building virtual worlds together.

Gen Zs are unexcited by this new buzz around the metaverse because they are veterans of it – they’ve witnessed some incredibly sophisticated iterations of it because of the gaming communities they’ve grown up within. It’s not a surprise that a lot of the virtual worlds put forth recently by brands feel a bit like going back to basics. After all, around half of Gen Zs say they’ve watched a music artist perform within a game, and 59% of US Gen Zs and 53% of UK Gen Zs say they’ve made friends virtually while playing Roblox. An animated ecommerce site marketed as a virtual world simply won’t land with them.

The Metaverse as a shopping experience

A lot of the discourse surrounding the metaverse relates to shopping – and the capacity for virtual worlds to host ecommerce experiences. We’ve seen the likes of Nike and Estee Lauder branch out into the metaverse already. But how comfortable are Gen Zs when it comes to filling the virtual wallets of their online avatars?

Our survey found that 65% of US Gen Zs and 64% of UK Gen Zs have spent money on a virtual item within a game. This does suggest high intent for this audience when it comes to virtual shopping. In spite of this, just 1% of Gen Z students in the UK say they’ve bought a Non Fungible Token (NFT), and 71% say they’ve never heard of NFTs.

Gen Z and the metaverse

We know that when it comes to shopping trends, Gen Zs often lead the way – they won’t be easily swayed by brands, and instead, they expect you to conform to their standards and values. So if you’re hoping to sway Gen Zs down a virtual path to metaverse-based shopping, it might be time to rethink.

Not all of Gen Zs are currently into the metaverse – at least not the shopping-heavy, brand-owned one that many marketers are talking about. Rather, you’ll find them constructing their own virtual worlds – within Roblox and Minecraft – and if you want to engage with them, you’ll have to meet them there.

Want to connect with Gen Z on their level? Look no further than our Gen Z-authored guide: authenticity beyond the buzzword.