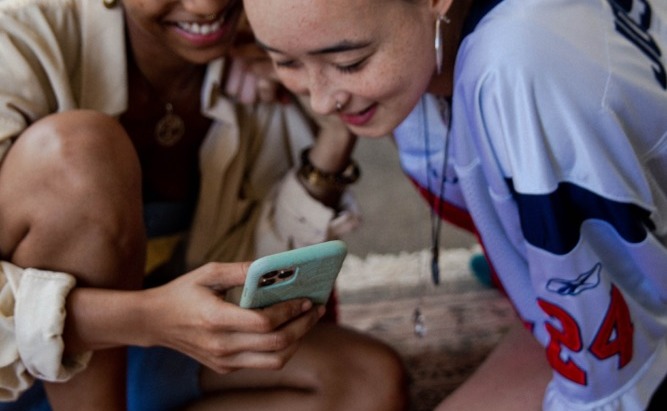 Augmented reality is on the brink of hitting the mainstream – one in three US Gen Zs have used it to trial a product they want to buy, according to Student Beans’ October user survey. Here are three app-based AR experiences that are leading the way.

Snapchat is no stranger to augmented reality. The social media platform – used prolifically by Gen Z for private messaging – was the birthplace of face filtering technology. Snapchat puts a focus on creator-led AR, with “over 200,000 creators, developers and partners” having made use of their Lens Studio.

AR and Snapchat works so well because Gen Zs have co-opted the app as their private messaging platform of choice, sending short, filtered messages to their friends. This makes their next step – into AR for ecommerce purposes – a very savvy one indeed. Continuing with the partner-led focus, Snapchat will offer multiple ways to integrate AR with e-commerce – from digital try-ons to integrated purchase now CTAs.

One of the biggest challenges faced by ecommerce-based shoe brands? There’s no way to verify how the shoe will fit ahead of delivery. Well, at least there wasn’t, until Nike came along and changed the game.

The sneaker giant has long been an advocate for the phygital – Nike Run Club revolutionized planning and tracking runs in real time – but their Nike Fit AR integration puts sizing front and center of the customer user journey. The in-app technology scans users’ feet in real time in order to determine shoe size – making for a seamless test to purchase pipeline.

Beauty brand Sephora first delved into AR way back in 2017 when it launched its Virtual Artist app. Users could upload a photo of themselves and virtually add make-up to the picture, to test out products from the comfort of their couches.

Over the years, the feature has evolved layer by layer (much like make-up itself, eh?). In a nod to influencers and peer-to-peer recommendations, users can now browse and recreate a range of images created by actual makeup artists at Sephora. The make-up industry is particularly fertile ground for AI – it has the double advantage of facilitating a transaction after that all-important try-on, while also introducing an element of gamification, which we know Gen Zs love.

The future is app-based

Retail app usage has grown 60% year-on-year among Gen Zs. They’re trying on shoes, experimenting with make-up looks and snapping purchase ideas to their friends. It makes sense, then, that they should be able to verify their student status in-app – and access student offers without exiting their retail app of choice.

That’s where Student Beans Connect comes in. Over to Jamie Mercer – Chief Product Officer here at Student Beans – to explain the finer points:

You can find out more about In-app Connect by heading right this way.