Home » Blog » 5 inspiring digital trends from around the world 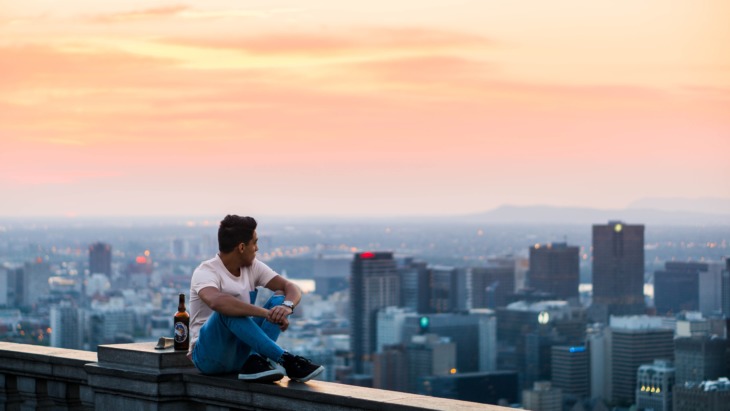 The digital age has created a global community of tech innovators, bringing together different perspectives and enabling us to learn and take inspiration from the ideas that have made waves in other countries. At Student Beans, we are fascinated by the digital trends affecting the lives of the 163 million students in our global network, which spans more than 50 different countries.

If you’re wondering how to keep up with digital trends, you’ve come to the right place. Here are a few of the international internet trends we’ve been excited to follow recently:

Meme culture is huge among US students: it’s a way of communicating and making friends, and it even influences where they decide to go to college. Prestigious universities such as Berkeley and Dartmouth have their own meme groups on Facebook, where students share relatable content specific to the experience of studying there. The most popular meme creators become mini-celebrities on campus.

The country that founded Spotify and Skype is always a good place to look for future tech trends. Sweden is pioneering the concept of a cashless society, and while our Student Shopping Report found that only 4% of UK students prefer to use a payment app, it’s already the norm for the Swedes. More than half the population use Swish, a payment app created by the leading Nordic banks that is considered safer and more convenient than using cash.

Online in China, people are watching videos with text flying across the screen, known as Bullet Chat, or Danmu in Chinese. While this might seem strangely distracting to those of us who don’t know the language, the text actually adds to the viewing experience. It’s made up of viewer comments, appearing at the exact moment in the video they are reacting to – similar to the chatbox alongside a live stream on a platform such as YouTube or Facebook.

The top 10 most popular apps in Spain is a list filled with familiar global names, except for one: Wallapop. The Barcelona-based marketplace app is trending online and.a huge phenomenon in Spain. Similar to Depop or Gumtree, it enables users to buy and sell second-hand goods. The company’s CEO describes Wallapop as “classifieds 2.0” and says their goal is to disrupt the traditional concept of the online marketplace.

Did you know that India has the second-largest population of internet users in the world? Western apps such as Facebook and WhatsApp are firm favourites, but there’s a fast-growing challenger, Bigo Live. The live streaming platform, which has been downloaded 200 million times, is known for its gamification features, which incentivise users to post the most entertaining and engaging content.

Check out our blog to find out more about marketing to students around the world, and get in touch to discuss how we can help you reach this key demographic.