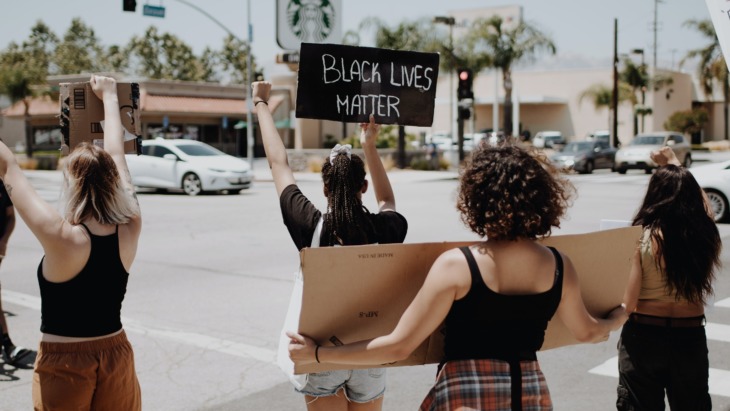 The Black Lives Matter protests taking place around the globe, following the death of George Floyd last month, have attracted a huge number of young people, including students. This digital native demographic has also used their go-to platform of social media to raise awareness of the racism experienced by black people, and show friends and followers where they stand.

Why Gen Z is leading the BLM movement

Growing up in a diverse, multicultural society with access to different cultures via the internet has made Generation Z a particularly tolerant group. Therefore, racism, along with issues such as sexism and homophobia, is something they are passionately against. It comes naturally to this group to use social media to stand up for causes they feel strongly about, and we’ve seen some very creative, impactful examples on platforms such as TikTok and Instagram.

Our research has found that in the past, young people were more likely to have posted on social media or signed a petition to support a cause than attended a protest, but images of marches dominated by young people suggests that is changing. With older and more vulnerable people unable to participate in protests during the COVID-19 pandemic, it’s likely that young people are feeling more responsibility than ever to show up and demonstrate how much support the anti-racism movement has.

While the protests may have begun in response to the death of George Floyd and other American victims of police brutality, this has inspired people to take a closer look at injustices in many other parts of life. Students have taken the opportunity to call out issues within their educational institutions. This includes complaints of unfair treatment of black students and faculty and underrepresentation of black culture in courses. For example, thousands signed a petition demanding Edinburgh University do more to tackle racism on campus, diversify the workforce, and provide more support for BAME students.

Many students’ unions have championed the Black Lives Matter movement, providing advice to help their members get involved. They have circulated petitions calling for changes such as compulsory anti-racism education in schools, and to suspend the UK export of tear gas and riot shields to the US. They are also sharing resources such as books, articles and videos to help students educate themselves on the experience of black people.

How educational institutions are responding

In Oxford, the ‘Rhodes Must Fall’ campaign to remove the statue of slave trader Cecil Rhodes from Oriel College has been successful, with governors voting in favour of the motion this week. Oxford University has also committed to decolonising courses such as maths and science, with a goal to make the curriculum more diverse.

Universities including Loughborough and Nottingham have said they will offer leniency around exams and coursework towards students whose work has been affected by the emotional impact of recent events, particularly black students. Many universities have also made public statements outlining their support of Black Lives Matter and their commitment to addressing prejudice in the education system. For example, UCL wrote about their work with Fair Recruitment Specialists and their BAME Awarding Gap Project.

If your brand is looking for guidance around how you can support marginalised young people all year round, check out our recent post on the topic. You can also stay informed with the latest student trends and insights by subscribing to our weekly newsletter.