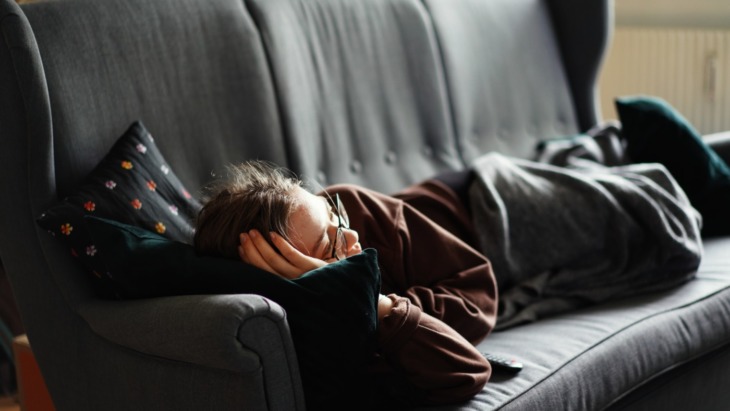 Love Island has dominated the past few summers of British TV. But is 2021’s season the beginning of the end? We asked the reality show’s future target demographic – Gen Z.

Take yourself back, for a moment, to 2018. A time when the never-ending summer heatwave had us sunbathing every day. For a moment it looked like England might just get to the world cup final – and of course, a night spent watching Love Island was the cultural norm.

One global pandemic and two Love Island seasons later, it’s easy to romanticise that halcyon summer. But you’re not imagining it – 2021’s Love Island just isn’t hitting the same. Ratings plummeted after the first episode – and while they’ve since started to climb back up again with the return of crowd-pleaser Casa Amor, it feels like the island has lost its luster.

It’s a pivotal moment in the show’s lifespan, though. With a target audience of 16-30-year-olds, Love Island is aimed at both Millennials and Gen Zs – but every year, more and more Gen Zs move into the 16-30 cohort. Their stance on the reality show is crucial to its survival – it will be Gen Zs who make or break the ratings, but it will be Gen Z too who buy into Love Island. From the clothes worn on the show to the contestants who graduate into influencer-hood, everything about Love Island is marketable. The question is – will Gen Z be buying?

Student Beans asked our network of UK Gen Zs if they were watching Love Island 2021 earlier in the series, when it was competing with the Euros 2020 for their attention. At that time, A slim 43% of Gen Z students were watching the show. The plot thickens, though – 66% of our community say that they think Love Island is “cringe”, compared to 34% who would describe it as “cool”.

Avid viewers or not, Gen Z are not afraid to critique the often controversial reality show. 85% say that Love Island creates unrealistic standards for body image, and 82% worry about the contestants’ mental health. The latter point has become even more prevalent in recent years. Two former contestants, Sophie Gradon and Mike Thalassitis, died by suicide following their appearances on the show. Most recently, former Love Island presenter Caroline Flack also died by suicide.

The Love Island universe is one that breeds drama, social media commentary, and – in some unfortunate cases – online hate. This world is at odds with the values we’ve come to associate with Gen Z. Just 14% say they’d love to be a Love Island contestant.

Love Island is made to be intense – with nightly episodes and a carefully-curated cast that refreshes throughout the summer, it’s a show that lends itself well to binge watching. This means that for all the concerns they might have about it, many Gen Zs have got hooked. Of those who do watch Love Island, 53% say they never miss an episode, and 35% catch most episodes. It’s not a show for the casual viewer.

It does seem that, for now, Gen Zs are conflicted about Love Island. Despite raising serious concerns about body image and mental health, it’s still the number one show that our Gen Z students would recommend – followed closely by Friends in second place, and Grey’s Anatomy in third.

Gen Z’s response to Love Island 2021 has been ambivalent at best – but it’s as yet unclear if this is a permanent shift. Covid forced us all to take a collective step back and examine how we live and what we consume. It could be that after a year of canceled proms, postponed graduations and virtual studying, a show where young people live it up in the sun is even less relatable. Gen Z values authenticity, after all.

They’ve also had quite a lot more to watch this summer – England did one better than in 2018, making it to the Euros final, and 70% of Gen Zs watched at least some of the matches. An equal number plan to watch the Olympics.

Whether they’re binging or hate-watching it, Love Island has made some impact on Gen Z. But if we know anything about this generation, it’s their capacity to hold mainstream media to account. If Love Island is to enjoy the same success with Gen Z as it did with their older Millennial counterparts, it may need a bit of a glow-up.

Love Island is made to be intense – with nightly episodes and a carefully-curated cast that refreshes throughout the summer, it’s a show that lends itself well to binge watching. This means that for all the concerns they might have about it, many Gen Zs have got hooked. Of those who do watch Love Island, 53% say they never miss an episode, and 35% catch most episodes. It’s not a show for the casual viewer.

Want to get to know Gen Z better? Head right this way to our Ultimate Guide to Gen Z.