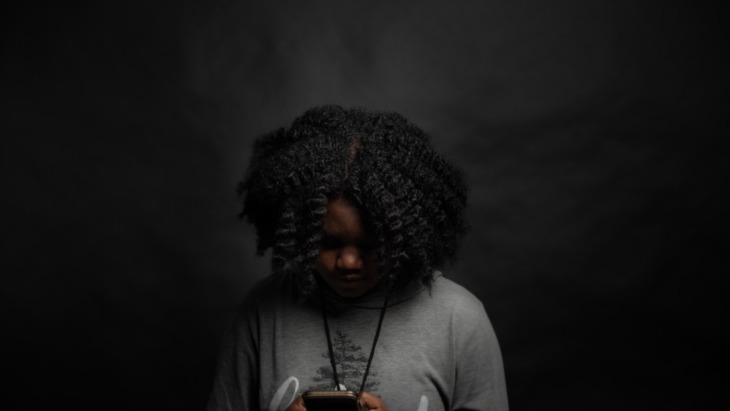 A recent Wall Street Journal report revealed the widespread and damaging effects that Instagram is having on Gen Zs in the US and UK. Here, we take a closer look.

Bo Burnham’s 2018 film, Eighth Grade, follows the life of Kayla – a young girl who has a deep reliance on social media. She makes motivational vlogs about self-confidence – they are mostly unwatched. She interacts almost pathologically with classmates’ posts, dropping compliment after compliment on their posts. She sits at the dinner table with her single father plugged into her phone via a pair of headphones. Deep seated in ritual and at times masochistic, Kayla’s devotion to social media use is akin to religion.

But it doesn’t help her. The Kayla we see on screen is withdrawn, anxious, and clearly struggling. It’s not just a contrast to her online persona – Kayla’s anxiety is fed by her phone.

Officially, you have to be 13 years old to join one of the major social media platforms. But many Gen Zs will have encountered social media much earlier – either as oblivious subjects on their parents’ feeds, or by bypassing age verification with a white lie. Kayla in Eighth Grade is just 13 years old, but rather than being a social media newbie, it feels like she’s been scrolling for years.

Being a digital native has many benefits. But being immersed in an online world at all times can also be harmful. Multiple internal Facebook studies show that Instagram is having a negative impact on teens – and Facebook knows it. The studies were conducted internally by the social media giant itself, then leaked to the Wall Street Journal.

Gen Zs are digital natives. The boundary between URL and IRL has all but disappeared. Being online in some capacity has gone from being a choice to an expectation. Our research shows that 92% of UK Gen Zs use Instagram – 87% do so at least weekly. TikTok, too, is used by 72% of Gen Zs – with 63% checking the platform weekly. It’s neither possible nor productive to keep young people off social media – which means making social media safe has become of paramount importance.

TikTok – a relatively younger platform which has relied upon Gen Zs for its global growth – has arguably been quicker to implement some safeguarding measures. TikTok has taken action to interfere with user journeys bound for harmful destinations – if a user uses search terms related to eating disorders, for example, they are redirected to in-app support services.

Similar intervention occurs if you use searches related to suicide, and hashtags that could display dangerous content come with PSAs. It’s not possible to even use certain terms relating to adult themes on the platform in searches or in captions (although users do get around this).

All of this may, on a surface level, be reassuring to parents. But there’s deeper cultures that exist on Instagram and TikTok respectively. In many ways, Instagram is the millennial app that Gen Zs inherited, while TikTok is distinctively Gen Z. We know that on balance, Millenials consume and post content that’s a lot more aspirational, more filtered. They mastered the art of making their lives look perfect via social media – and inadvertently passed it on to younger generations.

On TikTok – and other Gen Z favourite, Snapchat – things are a lot scrappier. Content isn’t as filtered. Users aren’t afraid to laugh at themselves. Of course, there are exceptions on both platforms – but switching from one to the other does feel like tapping into a different world.

It’s not quite as simple as social media platforms initiating their own vibe check and bidding farewell to polished, heavily filtered content. Social media platforms are more than just their owners. Influencers, too, have a responsibility to young Gen Zs to be authentic, as do brands that target this audience. That said, recognising the grave consequences of certain hashtags or trends going unchecked is a start.

Get updates on Gen Z as they happen – sign up for our weekly Gen Z insights drop.