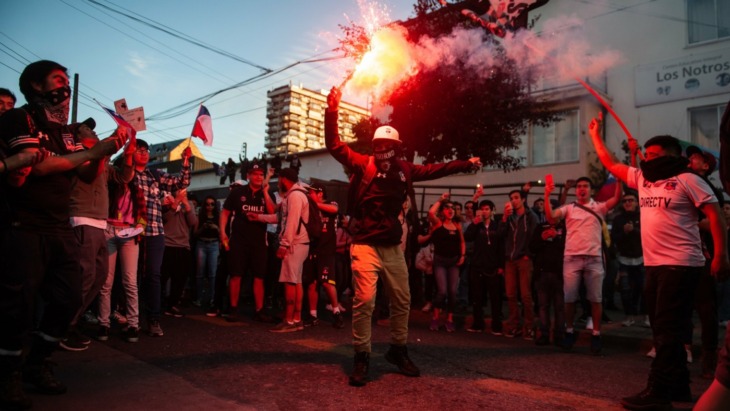 Modern life and technology has undoubtedly changed the face of protesting and allowed for new ways of demanding change, both for better and for worse. Social media is, of course, the biggest factor here  – after all, it’s an enormous platform that can facilitate movement and educate worldwide (although it does have its cons, as we’ll discuss). The COVID-19 pandemic has also influenced how and what they protest about, for example, NHS wages and government-related COVID controversies.

We’re going to be looking at the three key methods of protesting for Gen Z: signing petitions, going online and using social media, and attending in real-life protests. We’ll also be asking what your brand can do to support them.

The power of social media

According to our Student Life report, 76% of Gen Z have posted on social media about a cause they care about. One of the biggest and most obvious advantages of the internet is its accessibility and ability to share anything at anytime, and when it comes to activism, this is an absolute game-changer. Whether it be via influencer, self-created content or a simple reshare, the word can be spread quickly and efficiently. 40% of Gen Z get inspiration and/or motivation from social media (UK Youth Trends Report 2021), so this tool is inspiring them to get up and make a change. It also means that the user doesn’t have to be physically present in order to support a cause, meaning that individuals can learn and educate about causes all over the world.

This does, however, have its downsides – some have rebranded this kind of activism as ‘slacktivism’, which is described as the act of voicing your opinion without really getting involved or risking anything. There’s also the danger of misinformation – 51% of Gen Z think that influencers had the responsibility to set a good example during the pandemic and 42% thought it was influencers’ responsibility to fact check information before they shared it… and this goes for brands, too.

Hashtag activism is one of the most recognisable ways of sharing information online, allowing for posts to be collated under one theme. And whilst hashtags that were a viral sensation with Gen Z such as #FreeBritney were a huge success (the singer has now been released from her conservatorship), the hashtag #BlackoutTuesday (in which social media users posted a black tile to their Instagrams) following the murder of George Floyd proved to be controversial – whilst the posts raised awareness and made a stark and important statement, some argued that the flurry of posts and hashtags drowned out the important information that was being shared at the time.

81% of Gen Z said they’ve signed a petition (Student Life, 2021), and this comes as no surprise, especially when we consider that petitions are often linked to or associated with social media posts. Much like posting on social media, online petitions enable people to get involved in issues from across the world, however niche the cause. Whether a Gen Z’er is passionate about politics, demands women’s rights or is fighting for equality, there’s something for everyone.

There are, of course, more personal petitions that Gen Z will be signing; run by friends and family members, these might be raising money for surgery or even completing an impressive athletic feat as a way of donating to a charity of choice.

As reported in our 2021 Student Life Report, 29% of Gen Z have attended protests. This might not sound like a massive figure, especially when compared to how many have posted on social media, but if we take into account the past couple of years (and the difficulty and/or unease that many may have faced at the idea of attending an ‘irl’ protest), it’s quite impressive. One of the most well-known Gen Z activists is global superstar Greta Thunberg, a young woman who protests all over the world, and in our UK Youth Trends Report 2021 report, Gen Z revealed that she is the best representative of their generation.

Enraged and passionate Gen Z’ers from across the world will take to the streets to fight for the causes that they believe in, including climate change, racial justice, LGBTQ+ rights and gender quality. These are often orchestrated via social media – a recent example being the boycotting of clubs across the UK in response to the increase in spiking cases, in which thousands of young people in university cities across the country came together in force to demand safer policies and change in order to protect them.

And whilst the pandemic may have made meeting up in person a lot more difficult, this didn’t stop the force that is Gen Z  – some moved their events online whilst others took the plunge post-lockdown and risked it all to battle for causes they believe in.