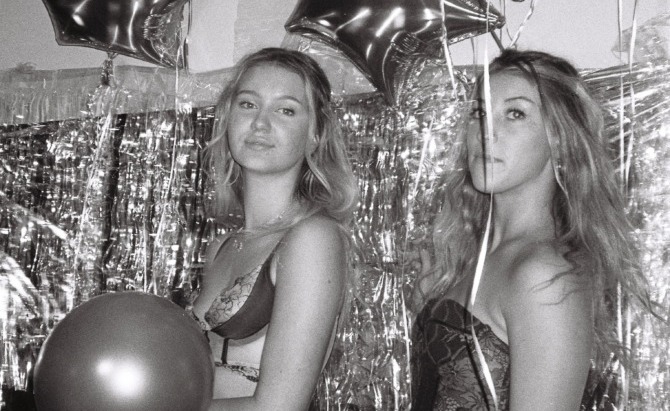 The teen high school drama has become synonymous with the Gen Z aesthetic – but it’s gone beyond representation. We explore how Euphoria has become a trendsetter of its own.

We already know that Gen Zs are bringing a fresh new attitude to luxury designer brands. Euphoria taps into this even more in season two – Maddie celebrates her birthday in an iconic Marc Jacobs dress, and Rue’s genderless wardrobe often borrows items from Roberto Cavalli and Aries.

Seeing luxury fashion so entwined with high-school-aged characters is a bold step into a new world for luxury brands. Rue, Jules, Maddie and Kat all have their own unique styles – and the nuances of their characters are entwined with their high-fashion choices.

It’s a lesson for luxury brands: Gen Z first impressions are made off the runway, on TV – the best way to convince them to invest in a high-value staple is to show how luxury might factor into their day-to-day lives. And to satisfy the most die-hard Deepopers, costume designer Heidi Bivens mixes in a heady collection of vintage pieces, too.

Of course, affordable luxury is still off-limits to a lot of young buyers – but Euphoria is also inspiring a parallel contingent of affordable styles. Every episode so far this season has triggered widespread search spikes for particular trends, such as cutout pieces and lace-up heels.

It’s in this world of affordable style that Euphoria really comes into its own as a major player in the trend cycle. Its characters exist in a not-quite-real world, where it’s possible to guide Gen Z trends rather than simply mirroring them – and fashion aggregators and ecommerce players should take note.

This is rare. Gen Zs are usually the ones telling brands what to sell back to them – and they’re also the ones that demand authenticity in their media. With Euphoria, though, they are happy to suspend their disbelief – to a point. A recent TikTok trend poked fun at the seemingly non-existent dress code at ‘Euphoria high’ – but given that all trend participants wore clothes derived from the hit show, it’s clear that however much they mock it, Gen Zs are willing to put money behind Euphoria’s zany style.

Season one of Euphoria was a watershed moment for Gen Z makeup looks. Julz, in particular, pioneered a whole new aesthetic that prevails to this day – one that puts glitter and color in everyday looks. The intricacy and whimsy of Euphoria’s season-two makeup looks are a callback to the days of early lockdown – where young people had a lot of time to spend at home, experimenting for hours on bold makeup looks.

Rather than setting a standard with its makeup, Euphoria is confirming one: the days of makeup to conceal have ended for Gen Z. Brands dealing in this space should focus on their ability to sell products to young people who truly know what works for them as a base level – and want to take eyes and lips to a whole new artistic level.

The takeaway for brands

In short? If your brand deals in some way with aesthetics, then there is a place for you in this Euphoria hype. But you have to be reactive. Pay attention to the search spikes that follow each episode, and get your finger on the pulse of what each character is wearing.

Also, don’t expect to be a one-size-fits-all solution for young people looking to recreate Euphoria’s looks. Most of the characters wear affordable and mid-range brands alongside designer pieces and vintage. Wherever you fit into this, focus on promoting individuality and creativity above all else.

Spring Break is a time when Gen Z fashion really comes alive. Learn how you can tap into it with our latest infographic.