Home » Blog » Authenticity and Gen Z: beyond the buzzword 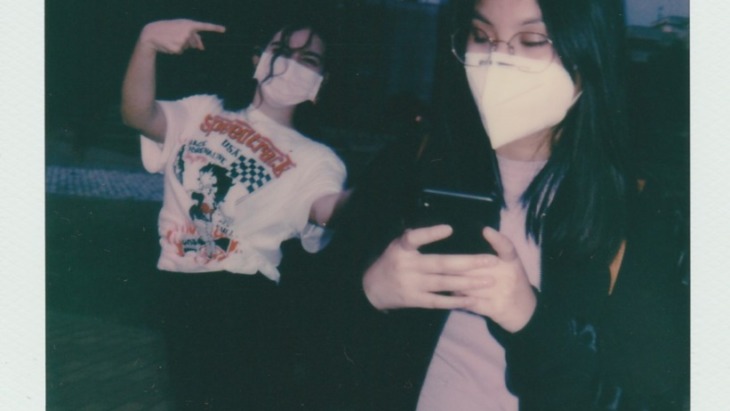 Marketers and experts tend to throw the word “authenticity” around a lot when it comes to Gen Z – without really elaborating on what it means. This quarter, Student Beans is moving beyond the buzzword to decipher what exactly it means to be authentic in Gen Zs’ world.

At its most basic level, authenticity means being true to yourself – and perhaps no generation has got a knack for this as much as Gen Zs. From their social media to the values that shape their actions, Gen Zs are not ones to be caught pretending.

So, why is authenticity so important for marketers to be aware of? As digital natives, Gen Zs have grown up with advertising and marketing that can disguise and distort every perceived imperfection. Whether an ad is showing an unrealistic body standard or a suspiciously perfect life, it simply isn’t landing with Gen Z.

This is, after all, the first generation to be born after 9/11. They went to grade school during a global recession, and many graduated and headed off to further education in the midst of a global pandemic. These events have shaped Gen Z’s journey into adulthood. Growing up in times of global crisis has only broadened the gap between a fantasy “perfect world” and reality.

Authenticity isn’t just a buzzword for Gen Z – it’s a way of life.

According to Student Beans user survey data from 2020, 95% of Gen Zs the world over have taken action towards a cause that they believe in. Being authentic for Gen Z means speaking your truth and advocating for what you believe in. It’s an attitude that’s propelled them into positions of activism as part of the Black Lives Matter movement last May, and inspired them to seek careers in climate change.

A lot of Gen Zs’ ethics and values stem from a common theme – everyone should be free to be their authentic selves. 93% of Gen Z students feel that there’s a generational divide in how different generations view transgender issues. 86% have taken part in the Black Lives Matter movement, and 73% said it affected their shopping habits, with many boycotting brands linked to racism. While the communities in question differ, there’s an underlying attitude which unites them all: there’s no authenticity without equality.

Gen Zs ethics and values don’t just exist in isolation. They also want the brands they shop with, the organisations they frequent and the people they surround themselves with to reflect their way of viewing the world.

This is a generation that isn’t afraid to hold brands to account. We’ve seen a huge shift with the arrival of this demographic – marketers have been speaking to consumers for decades, but Gen Z are shouting back. They want a two-way conversation with the brands they love.

It’s not good enough to simply echo the topics or tone of voice that Gen Zs use themselves. You’ve got to live by their values and do the work. That means actively contributing to LGBT+ causes rather than simply changing a rainbow flag – or proving how you’re improving racial diversity internally before posting in support of movements like BLM.

Authenticity can be as humorous as it can be serious. Gen Z are known for their chaotic, outlandish sense of humour – particularly online. Social media and meme culture are in part responsible for the scrappy, ironic content gracing the feeds of 16-24 year olds. Their humour is hard to pin down – but it’s in part self-deprecating, in part fiercely ironic, and in many cases, plain weird.

The capacity for Gen Zs to jump on a trend and create a joke out of it is seemingly limitless. So far, we’ve had Nigella Lawson saying “microwave”, a resurrected naughties advert with a man singing “berries and cream”, and… people that look like Ed Sheeran. Who knows what’s next – but it’s a deep part of understanding this generation.

Our theme of this quarter is authenticity and Gen Z. To be the first to hear when our next guide drops, sign up to our mailing list.