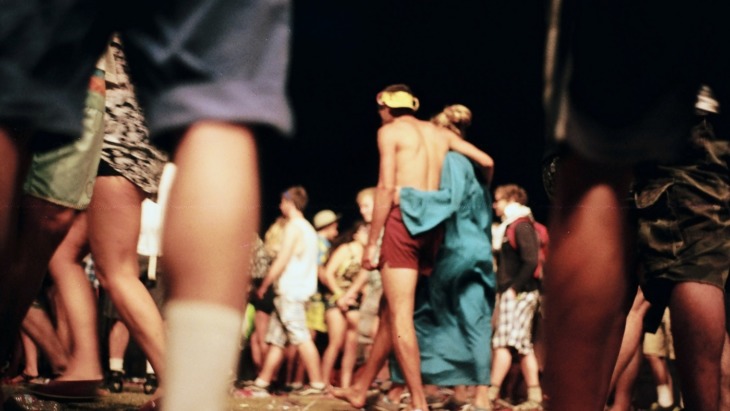 From microtrends to gender-conforming clothing, find out what Gen Zs are leaving behind as we move into the summer months.

There was once a time when all of the fashion trends of the summer could be traced back to a single point – Coachella. The legendary festival in California is known for catalyzing trends the world over – with celebrities and influencers flocking to the desert to showcase their outfits.

This year, though, things were different. From those attending Coachella, to those bearing witness to it via social media, there was a clear change in attitude. Some influencers who attended the REVOLVE party – an invite-only companion event to Coachella – complained about logistical issues and delayed coaches. In doing so, they kickstarted a wider conversation: has Coachella (and REVOLVE) evolved to be for the influencers, and for the influencers only?

Our research shows that just 18% of Gen Zs trust influencers to give them an honest opinion of a brand or product. So it’s not surprising that Gen Zs are less focused on Coachella’s sponsored content and brand deals, and more concerned about bored-looking attendees, or crowds that don’t know the lyrics to headliners.

Coachella is often credited with setting the tone of the summer – and despite the “vibe shift”, it’s unintentionally done the same this year. Now that young people actually can do things again, they want to do them properly – without the clout posting, impractical styling and lack of appreciation for an atmosphere.

Trend cycles used to take years to come back around – but now, thanks to social media and super-fast supply chains, a trend can be born, hit the shelves, and fade away again in a matter of months.

Gen Zs are hyperconscious of this phenomenon – so much so, that they’ve even given it a name: the microtrend.

Initially, Gen Zs widely took part in microtrends, but now there is a growing awareness that they go against everything this ethically-conscious generation stands for. 93% of Gen Zs think its important that brands care about the environment – and microtrends by nature are not environmentally friendly. Even as trends die, and polyester seams fall apart, the actual garment remains – there’s a reason why fashion is the second biggest polluting industry in the world, second only to oil.

2022 might just be the year that the concept of a microtrend dies forever. Ironically, one way this might happen is if shoppers wear their microtrend-inspired garments for longer, extending the length of the microtrend in the process. Gen Z fashion commentators are actively encouraging people to only make a purchase if they intend to wear it 30 times. On the brand side, it’s crucial to commit to making clothing that can withstand 30 washes.

There’s another reason why the microtrend may have had its day – Gen Zs really care about luxury fashion. If they buy an investment piece, they want to keep coming back to it forever. Brands that produce iconic statement items in small batches have acquired huge status in recent months – See Millenial fave Kitri or famous velvet jumpsuit creator PeachyDen.

As a society, our attitudes to gender are rapidly evolving. In part, we have Gen Zs to thank for this. They have pushed across the board for trans inclusivity, and are huge advocates for non-binary gender identification.

This is a huge, complex movement spanning language, law, education, and health – and we don’t want to understate its importance. But we did want to draw attention to one small yet important facet of it – the diversity of gender identity among Gen Zs has created a huge uptick in genderless clothing.

Figureheads like Harry Styles, Lil Nas X and Billie Eilish have embraced genderless or gender-defying outfits, and can be credited in part with integrating them into the mainstream. But for the majority of young people, going genderless is a personal choice, and a freeing departure from societal constraints.

Fashion brands have already responded, with Stella McCartney and Marc Jacobs launching NB and genderless ranges recently. As is often the way, affordable fashion brands weren’t far behind – Zara, H&M and ASOS to name a few. We love to see it.

We’ve covered what’s being left behind – but what are Gen Zs bringing with us into summer 2022? Find out in our brand-new summer spending hub.