Home » Blog » How do college students really feel about the Covid-19 vaccine? 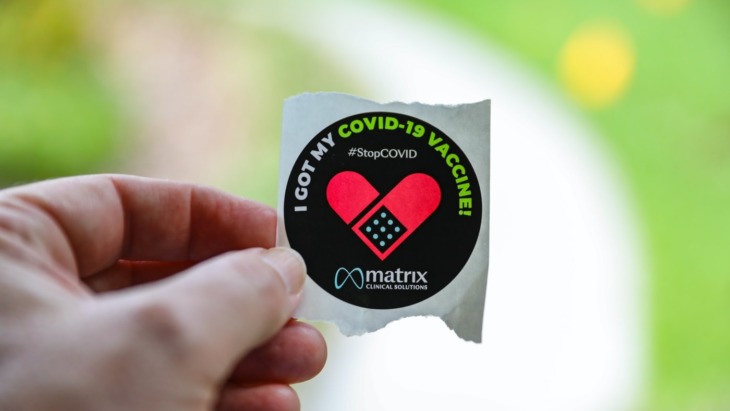 We explore the reasons for vaccine hesitancy among young Americans, and why brands with a large Gen Z following can help.

Vaccine hesitation across the Gen Z demographic has become even more apparent since the US government’s target to vaccinate over 70% of all adults by July 4th was missed.

But why are some members of the 16-24 group appearing hesitant? The fact is, there is no one reason that resonates with every individual in this age group. Some are worried about the side effects, others about blood clots and speculation around fertility issues, while some simply don’t see the need to get the vaccine.

They might have youth on their side, but government officials and medical professionals have warned of the impact vaccine hesitancy will have on the wider population as a whole should it persist. But initial signs of new measures to help debust myths and heighten the importance of vaccine uptake are encouraging – let’s explore.

It’s been a tough year and a half for students. Their education and social lives have been turned upside down by Covid-19. When vaccines started rolling out, the excitement for normal life to return was second to none. Once eligible, the initial vaccine uptake amongst the 18-24 group was promising.

But those figures are dwindling as cases rise. A proportion of college and high school students are showing signs that they feel invincible without the vaccine – and that it would be futile for them to get it.

And yet, a newly conducted study by the Centers for Disease Control and Prevention (CDC) shows that people without the vaccine are around 29 times more likely to be emitted to hospital with a bad case of Covid-19, compared to those who have had both shots. Right now, the number of people in the US in hospital with Covid-19 has increased above 100,000 for the first time since the vaccine rollout started back in January – where only older age groups and the vulnerable were eligible.

Hospital admissions in southern states like Texas and Florida are particularly high, and concern is heightening around the number of younger people without underlying health conditions being hospitalized – with some cases being fatal.

Lack of education and scaremongering

But it’s not just the benefits of their youth that is causing hesitancy among young people; a recently released federal report revealed that just over one-third of people aged 18-39 reported being vaccinated. Within this group, there are particularly low rates among those who are black, 24 or younger (aka Gen Z), and those with lower incomes, less education and no health insurance. Plus, with speculation spreading around vaccines causing fertility issues, some female students, in particular, have felt anxious to book their appointments.

There’s also a lack of trust in the healthcare system – health insurance options in the US are complex and often it is difficult for young people to know which one to go with. Some students even think they don’t need it because they are young and fit – sound familiar?

But, the vaccine may play a larger role in the long term. Already in some states across the US, vaccine passports are required for venues like bars and clubs. Some colleges, too, are making the Covid-19 vaccine mandatory for attendees. According to The Conversation, more than 600 institutions of higher education are making it a requirement for students to be vaccinated before returning to campus for the upcoming Back to School period this fall.

According to our own findings, at least 45% of the students we surveyed said their school or college is making the vaccine a requirement. 22% said their college is yet to confirm on the subject. Interestingly, a large majority of these students – 59% – said they think it’s a good idea for vaccines to be a requirement in this instance.

Seeking encouragement: What can brands do to help?

One reason the vaccine uptake among Gen Zs has fallen in the last few months can partly be attributed to a lack of conversation and encouragement geared towards young people. The vaccine rollout was widely reported on and seen as a massive deal when it first started; when young people were not actually eligible.

Brands with a large Gen Z following have the potential to get involved to help curb vaccine hesitancy across this age group. Adweek’s latest post on the subject reveals that 60% of consumers believe brands have an obligation to help encourage people to get the Covid vaccine, while 70% support brands sharing useful information about how and where to get vaccines. A further 62% would like brands to help break down myths surrounding the vaccine. When looking at students alone, our own findings reveal that 55% agree that brands should be helping, with 18% not feeling too strongly either way.

For Gen Zs, information on social media is more trustworthy, and possibly more attainable for these digital natives. As such, brands with a social media presence looking to get involved in the conversation would benefit from taking to these platforms to encourage the young consumer audience.

Krispy Kreme was one of the first brands to aid the conversation around vaccines. Earlier this year, they released a promotion offering free glazed doughnuts for the remainder of 2021 to all customers with valid vaccination cards. They promoted the offer via their social channels, including Gen Z favorite – Instagram – which has over 1.8 million followers.

Then there’s Walgreens, who created their #ThisIsOurShot campaign, which saw John Legend take part in promotional videos on the brand’s social channels to encourage people to get the vaccine, alongside positive posts on Instagram that were inclusive for young people.

Gen Zs respect transparency, so brands weighing in on the conversation and even providing vaccine incentives will be seen as a positive step for the majority of young people. Across the pond, the UK has already seen a fall in vaccine hesitancy across 16-24s thanks to brand involvement – and Gen Zs will remember those who stepped up.

For more regular insights on the Gen Z student demographic, subscribe to our weekly newsletter.