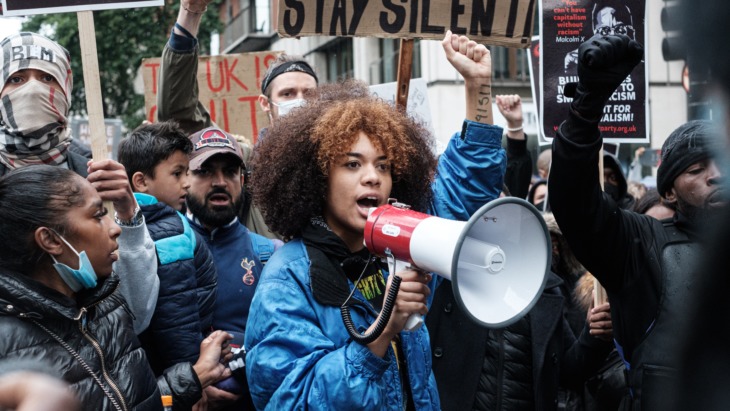 The Black Lives Matter (BLM) movement continues to gain traction around the world – and young activists are among those spearheading the campaign for justice. Speaking at the Youth Marketing Strategy (YMS) Online last month, here’s what Gen Z – and those who work closely with them – had to say about brands aligning with BLM.

The latest spate of support for Black Lives Matter came as the world grappled with a global pandemic. While it wasn’t the first time activism took place across social media, it was the first time where – for many – there was no other alternative.

Understanding this is key to understanding how and why Gen Z has been so instrumental in the BLM movement so far. They are a generation that cares deeply about causes that matter to them – and as digital natives, they know how to harness social media for good.

“Everyone says social media is extremely filtered, but I want to question that idea”, says Meg Zeenat Wamithi, the 22-year-old founder and CEO of My Mind Matters Too, speaking as part of the Live Youth Panel at YMS Online. “I think the opposite is true. Twitter and Instagram are extremely unfiltered, which means you can see everything – you can see those who agree with you and those that don’t. With all of this information, how can you not make a change? Why would you be that one person that sits silently when it’s so easy to actually do something?”

Learn when to speak up – and when to apologise

When it comes to pledging support to the BLM movement, there are clear distinctions between what Gen Z activists see as appropriate from brands – and what they see as harmful. Discussing the harm of cognitive dissonance from brands at YMS online, author and brand & innovation director, Amy Kean, used L’Oréal as a case study.

“Three years ago, L’Oréal fired activist Munroe Bergdorf for saying that all white people benefit from racism – ironically after she had been hired to promote their True Match Foundation”, Kean says. “Yet L’Oréal posted a message on social media a few weeks ago, announcing their allegiance to the black community. Such cognitive dissonance is not only highly newsworthy, it’s incredibly dangerous – not only are we pitying women, but we’re also tricking them. After a very loud and negative response from social media, L’Oréal apologised – and have also hired Bergdorf to be a part of their diversity and inclusion board.”

The message is loud and clear: for brands, it is just as important to be upfront about missteps as it is to pledge support for BLM.

Go beyond the superficial

69% of Gen Z believe themselves to be more tolerant than other generations – a statistic that Josh Akapo – co-founder of creative agency, Archtype – believes should be taken with a pinch of salt. “Our generation does seem to be quite divided – you can tell that distinct distance between who is tolerant and who is not.”

Josh – who is himself part of Gen Z – also explains that for many who describe themselves as tolerant, the mindset goes even further. “They’ve moved past full-on acceptance, straight into fighting for justice”. 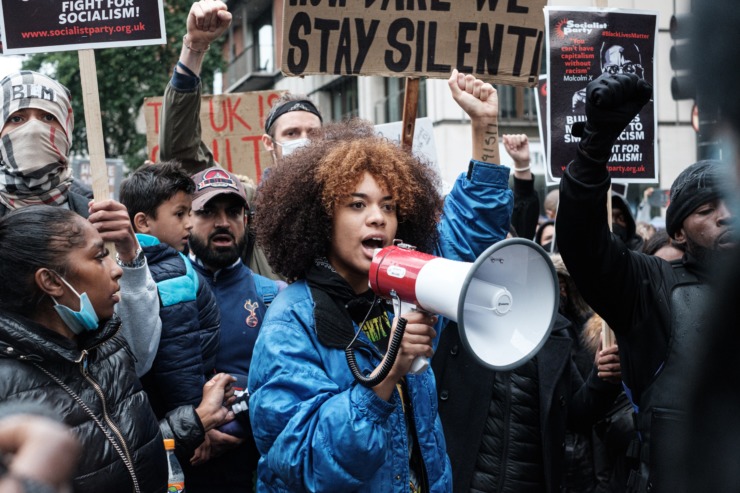 “It’s a two-pronged thing that I like to see from brands”, says Eleshea Williams, media manager at the Black Curriculum, a social enterprise working to transform the UK curriculum by addressing the lack of Black British history. “Firstly, how are you educating your staff? Racism and ignorance stem from a lack of education, and it’s a very deep-seated problem. Secondly, how are you implementing this into your brand to educate your customers? For me, this is just as important as financial support, as it shows you’re going further to support the movement.”

Recognise that it’s a conversation

With the Black Lives Matter movement growing ever stronger and more widespread, organisations that have been working hard to bring about systemic change have been thrust into the spotlight, as more and more brands are seeking to work with them.

Yet activists working within these organisations – including Elesha Williams of the Black Curriculum – are keen to stress that collaboration should be a two-way conversation rather than a one-way transaction. “We want to be asked: “what can we do to help you?”, she says. “Every brand and movement [within BLM] is different – for example, we’re an educational consultancy, and there are other kinds of brands that are looking for different things. We might be looking for support in other ways than just financial. It’s all about working with us. It’s a conversation – having an open and frank discussion and holding yourself and your brand accountable.”

A crucial step for brands wanting to do better is to consult with black people and organisations rather than making sweeping gestures that seem right. At YMS:ONLINE, Hayel Wartemberg – co-founder of youth media brand Word on the Curb – spoke about the removal of Little Britain from several streaming platforms. “It was taken down on account of the fact that it utilised blackface”, says Hayel. “Ultimately, when we ran insights on that, 56% of those who we surveyed about whether taking it down was right said they felt the decision was wrong – on account of the fact that they weren’t consulted themselves.

“The [Black] community wants ownership over things of concern to them and concern to us… they want relationships with brands, and they want to feel as though they have equity of decisions that they make. Brands that think like that – particularly in the case of communities that have been historically oppressed and repressed – will be the ones that ultimately are elevated to the forefront of brand engagement.”

Ultimately, nothing brands do with BLM in mind exists in a vacuum – and Gen Z are deeply attuned to whether action is performative or meaningful. It’s crucial for you to do the research to get it right.

You can find further insights into Gen Z activism – and an in-depth analysis of what they look for from brands when it comes to ethical matters – in our Youth Trends Report 2020.