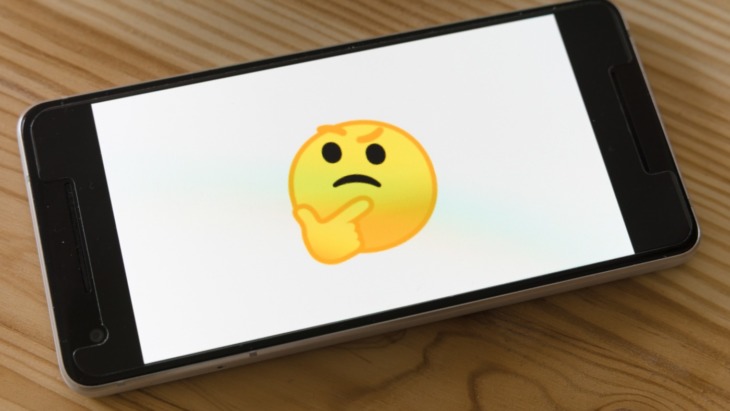 Gen Zs’ sense of humor isn’t broken – it’s just misunderstood. Here’s your guide to understanding what on earth they’re laughing about these days.

It’s a way of coping with uncertainty

Many have commented that Gen Zs tend to revel in absurd humor – and it also goes hand-in-hand with dark comedy. Why? Natalie Gabor, a Gen Z journalism student, reckons it’s a byproduct of “the gloomy concoction of having too many things to deal with and not being old enough or having enough time to tackle them”.

If we map out Gen Zs against the timeline of earth-shaking events they’ve witnessed, it makes sense. Born just before or just after 9/11, Gen Zs grew up with a financial crisis running rife, experienced political turmoils (Brexit for the UK, the Trump era for the US) and now COVID-19 is a thorn in the side of their formative years. Not to mention school shootings, racial division and climate change.

As the old adage goes, if you don’t laugh, you’ll cry. This is a good way of pinpointing Gen Zs humor – they have to be brave and irreverent because the world events they’re living through are so dire. It’s impossible to make safe, wholesome jokes about a global pandemic, after all.

TikTok has been a major catalyst for humor-based trends – and is a good training ground for the next generation of comedians. With a short, snappy format (recently extended, albeit, to a whole three minutes), TikTok comedians have boiled jokes and sketches down to their essence. This has created a potent, obscure kind of humor – one that is wordless, and often surreal.

The TikTok timeframe also inspires more community around comedy: users can duet and reply to each others’ videos, expanding comedic sketches across accounts and for-you pages. TikTok time moves differently to real-time – with whole narratives encompassed in seconds, and with Gen Z spending so much of their daily lives on TikTok, it’s easy to sleep on a trend. If you happened to lose WiFi connection for one week in early October, for example, you might have completely missed Berries and Cream TikTok.

It has a near-infinite frame of reference

Berries and Cream TikTok is a good example to bring up, because there’s no clear explanation why Gen Z developed a brief but intense obsession with a fictional character from a 2007 Starburst Advert. But they did. And for a fortnight, they went hard. There were Berries and Cream dances, Berries and Cream musical mashups, even impersonators of the so-called Little Lad. It had all of the community grounding and endless riffs of a viral meme – but unlike a meme, there was nothing about Berries and Cream that made sense.

If it seems like Gen Z has taken the concept of a meme, flipped it and reversed it – so that it doesn’t make sense at all, to anyone – that’s because it’s true. This generation is struggling to find any sense in the world around them – so why should their sense of humor make sense?

There is (some) scope for brands to tap in

This is a tentative point, because it’s very easy to become the butt of a Gen Z joke. But Duolingo and Ryanair – two otherwise very different brands – have figured out how to resonate with younger audiences.

Duolingo has ascribed an entire personality to its famed Duolingo owl – a character that was outrageous even before TikTok came along. We know a lot about Duo – he’s a Dua Lipa fan, he’s the bane of the Duolingo legal team’s life, and he’s not afraid to twerk in his workplace. Duo’s zany behavior isn’t just limited to the brand’s own TikTok – you’ll frequently find him commenting on the content of a plethora of creators.

still don’t see a problem with what i do – don’t come for my beak!!! ##Duolingo ##comedy ##avatarthelastairbander ##trend ##DuaLipa ##elements ##brandtok

Duo follows in the footsteps of Ryanair – the budget airline that rode out the lockdown storm simply by being weird on TikTok. The scrappy “plane with a face” has now become a part of TikTok lore – as well as being a valuable way for the airline to make light of any good-humored jabs at baggage costs and delays.

How can your brand replicate the success of Duolingo and Ryanair? The answer isn’t a giant twerking mascot, or sticking human faces on your products. You need to hire Gen Zs in social media roles. As digital natives, they’re literate in these trends and they enjoy them. We don’t know who the Ryanair social media manager is (there have been unconfirmed rumors that it’s Northern Irish Gen Z influencer Olivia Neill) but Duolingo’s strategy is the brainchild of Gen Z Zaria Parvez. Your brand’s route through the murky waters of Gen Z humor will be a lot clearer with a Gen Z expert at the helm.

Next up in our authenticity edit: Gen Z role models: rising stars