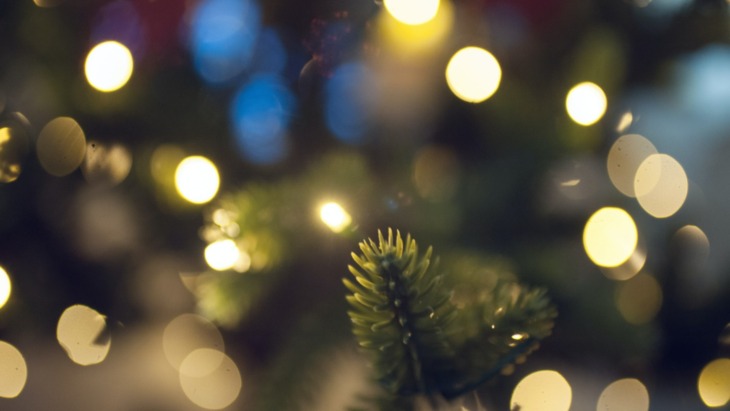 It’s rainy, it’s cold, your bank account is depleted and your weekends are bare. Hello January.

This month might be labelled as the Monday of the year, but it also marks the beginning of something new: 2023. However, before we get accustomed to the “new year, new me” mantra, we’d like to warm your spirits and transport you back to a time of festivity, cheer and some great campaigns. Introducing our December marketing round-up…

In December of 2022, much-loved Mexican fast food chain Taco Bell unveiled something of an a-typical festive commercial. Taco Bell partnered with YouTuber An0nymoose, a Gen Z favourite who currently holds over 1.2 million subscribers, to create a 30 second commercial depicting Santa Claus as a YouTube restaurant reviewer. Santa, surprisingly departing with his sleigh in favour of a car, is pictured outside a Taco Bell restaurant armed with a camera (a clever nod to YouTube ‘Mukbang’ videos where creators film themselves eating in their car). After turning to the camera and encouraging his subscribers to ‘like and comment’, he becomes a little…freaked out, after a menacing swan appears on the car bonnet. The ad ends with a visual for ‘Free Tacos’ all day on the 13th of December.

This was a clever, cost-savvy advert, utilising an unorthodox approach to reflect research that showed over 11 million Brits would feel the economic crunch of Christmas the most between the 12th and 20th of December. Taco Bell received a warm reception online, with many praising its humorous and stripped-down approach.

If you missed it, you can check out the advert here:

We’ve all pined over a Christmas romance with the festive season often a marker for new possibilities and hope. The National Lottery tapped into this sentiment to share a love story every Gen Zer can only dream of. The premise was simple: boy meets girl on a jam-packed train as they return home for Christmas. They hastily exchange numbers on the back of a National Lottery ticket – but alas, the number is smudged.

After calls rise about an unclaimed lottery ticket, the girl realises the winning number is on the ticket they exchanged. The couple reunite on New Year’s Eve, mixing love and luck in the most wholesome way possible. The concept was developed by Oscar-winner Tom Hooper (the mastermind behind The King’s Speech), and was supported by a fully integrated multi-media campaign, including a real life experience that invited the public to get involved. Gen Zers were all for this festive love story, commenting things like “I’m not crying I swear” on a TikTok re-share of the advert.

In December of 2022, multinational alcohol beverage company Diageo went viral on TikTok for its heartwarming depiction of the relationship between a grandfather and his transgender granddaughter. The Spanish advert sees an elderly man secretly teaching himself how to apply makeup, borrowing lipsticks and eyeshadows from his wife. When his extended family returns for the holidays, he helps to apply a full face of makeup to his trans grandchild. After they emerge to the reception of the wider family, they’re greeted with an emotional display of support.

TikTok users labelled this advert an unconditional tale of ‘love and acceptance’ with one captioning the video ‘Grab a tissue. Watch the entire thing. This is the way.’.

Diageo’s Marketing Director for Southern Europe addressed the struggles the festive period can hold for members of the trans community, writing that they wanted “everyone to feel free to celebrate at Christmas and give visibility to the reality that thousands of people in the LGBT+ community are seeking a safe space to be themselves during the holiday season”.

You can watch the full 3 minute commercial below (and we warn you, you’ll need more than a few tissues…<3)

‘Wednesday’ has fast become one of the hottest series for Gen Z to hit Netflix as of late. You won’t have been able to ignore those  flocking to TikTok to participate in the viral dance trend from Ortega’s iconic choreography in episode four.

In December, US-based car sharing platform Turo announced their partnership with Netflix to celebrate the series premiere of the show. This partnership allowed anyone to book the Addams family hearse (a 1950 Cadillac Hearse addition that had been transformed by car customisers) around Los Angeles for just $13 USD per day.

The campaign was an interactive and exciting way for fans to immerse themselves in the world of Wednesday and build anticipation for the now much-loved series.

You can check out the car below – definitely a way to build up that street cred!

Some might contend that December was a time for lounging on the sofa, avoiding the rain and dodging those much-needed exercise endorphins. Technology giant Samsung, however, did not echo this sentiment.

Samsung’s December campaign saw the brand promote the well-being benefits of its wearable technology, after conducting research and realising that many wanted exercise to be fun and ‘more focused on emotion rather than data’. Samsung worked with creative agency Iris to create two films that countered the idea of ‘alpha-wellbeing’ (exercise culture focused on breaking personal bests and pushing oneself to their limit).

In this campaign, we see characters exercising in a non-conventional and fun way, soundtracked by the popular millennial hit “Move Your Body” (we see what you did there, Samsung…). This advert was a great way to dismantle toxicity around exercise routines, showing you don’t have to be pushing yourself to your physical limit to enjoy a healthy relationship with movement.

Check out the advert below:

For more exclusive Gen Z insights and resources, sign up to our weekly newsletter, powered by Voxburner.