Each year brings a whole new swathe of viral ad campaigns – but few have the pizzaz to resonate with the most cynical generation around. Gen Z has high standards – which makes the resounding success of these campaigns all the more impressive.

Food delivery services were already popular among Gen Z prior to the pandemic – but as soon as that first lockdown announcement hit in 2020, delivery app orders reached stratospheric levels. While other industries scrambled to adapt to new COVID measures, food delivery services thrived. But they faced a different challenge – staying competitive in an increasingly oversaturated market.

Enter Just Eat. The key to Gen Z’s heart is a collab – and when the food delivery app brought in none other than Snoop Dogg to give their jingle a remix, they struck a rare chord with a young, cynical generation.

In a year of ads that tried their hardest to capture the emotive state of a nation in flux, it was refreshing for young people to see an ad that didn’t take itself too seriously. With a parallel influencer campaign featuring the likes of Sam Thompson lip syncing the delicious banger, and a brand-new Christmas version of the original rap, Just Eat not only succeeded in making food accessible in 2020 – it also made advertising fun. To paraphrase one of the comments on the ad’s YouTube video – which has racked up over 9m views in four months – “I never ever skip this ad”.

The oldest Gen Zs turned 25 years old this year. That means they were raised on the deluge of late nineties and early noughties advertising. Gendered campaigns were rife, and expectations were unrealistic.

Intimate care brand, Bodyform, has led the way in undoing decades of advertising stereotypes – you may remember them for being the first brand to replace their perplexing blue liquid – used as a stand-in for period blood – with a substance that was actually red. It worked well for them – especially among Gen Z.

This year, Bodyform dropped Wombstories – a three-minute foray into the highs and lows of having a womb. Slipping between multi-modal animation and real-life actors, the ad covers fertility issues, menopause, endometriosis and childbirth – and plenty of period blood. Red, of course. The campaign is inclusive, hashtaggable – and doesn’t shy away from reality. For a generation raised on idealistic intimate care ads, it’s a revelation.

Okay, so Spotify’s annual Wrapped campaign isn’t exactly new. But after a year when streaming use around Gen Z skyrocketed, all while in-person connection was at an all-time low, the latest iteration was exactly what young listeners needed.

The principle is simple – create a playlist of users’ most-played songs, drop it into their Spotify, and give them a shareable report of their listening habits from the past year. Wrapped takes personalisation to new levels – giving users a time capsule, an Instagram story and an identity marker all rolled into one.

This year, the tone of the Wrapped campaign was one of gratitude – a celebration of the artists that got listeners through long months of staying home. New features included a metric which showed users if they fell within the top 1%, 0.5%, and even 0.05% of an artist’s listeners – a clever nod to Gen Z “stan” culture.

Considering we entered 2021 with yet another lockdown looming, Ryanair was certainly going places. The budget airline grappled with travel restrictions and grounded flights like the rest of the country. But elsewhere, on TikTok, things were… taking off.

Until recently, TikTok was fairly uncharted territory for brands looking to run their own organic socials. Ryanair’s original, down-to-earth and occasionally bizarre content makes them something of a pioneer. Weird humour, creative use of TikTok sounds and not being afraid to call out competitors are all very Gen Z ways of behaving – and no doubt will secure their status as airline of choice once the skies open up again.

Starface and the arrival of Big Yellow

If we know anything about Gen Z, it’s that they’re all about keeping it real. And what could be more authentic than showcasing your acne rather than disguising it?

Starface speaks to Gen Z like no other skincare brand out there. By creating a pimple product that demands to be included in their selfies rather than filtered out, that also taps into the nostalgic nature (gold star, anyone?), the cult brand created a buzz that’s underpinned by a savvy retargeted social media campaign. The result? Constellations of yellow stars dominating Gen Z selfies everywhere.

We love this pre-Black Friday campaign from our friends over at Gymshark because it leverages some of the biggest Youtube stars in the Gen Z stratosphere. Turns out Gen Z loved it too – they named it one of their top campaigns for 2020/21.

Most of the best Gen Z campaigns think outside of the box – and a fitness brand utilising gaming imagery is certainly a cool crossover. Bonus points for avoiding the rush of Black Friday and creating their very own sale event!

Crocs, Come as You Are

It takes a lot to create a pride campaign without rainbow washing. Crocs, however, seem to have nailed it. 74% of Gen Z students described their 2021 pride campaign as authentic.

So, what made it stand out? Crocs weren’t afraid of bringing in the experts – they collaborated with the Diversity Standard Collective as well as Knaphouse, a queer creative consultancy, to create and market their Pride collection.

COVID-19 has made the past 18 months difficult for everyone – and young people have faced an unique set of missed milestones and isolated experiences. It’s well-documented that Gen Z vaccine uptake had a slower start.

By collaborating with health bodies in the US and UK, YouTube pulled at the heartstrings and reminded Gen Zs why vaccination is so important. And it does look to be working: our recent research suggests that, certainly in the UK, more Gen Zs are willing to get their vaccine.

Adidas, Beyond the Surface

One of the biggest challenges faced by marketers working with global minds? Not everyone’s experience of your brand is universal. That’s certainly true of Adidas. The sportswear giant recognized that swimming isn’t universally available to everyone – at least not in the same way.

Their response was Beyond the Surface – a short film with an accompanying billboard ad. But this was no ordinary billboard; it was, in fact, a “liquid billboard” – a 3D structure big enough to swim in. Installed on a beach in Dubai, the idea was to get women of all backgrounds, abilities and body types to swim.

Gen Zs love experiential retail – and while this campaign doesn’t have a specific angle aimed at young consumers, it still made a lasting impression. 70% of our Gen Z panel were inspired to buy from Adidas after viewing elements of Beyond the Surface.

With so many brands competing for Gen Z’s custom, it can be particularly hard for fashion brands to play the long game. But Levi’s arguably did it best. The iconic jeans brand made their quality clothing the centerpiece of their campaign, looping in huge names like Jaden Smith and Marcus Rashford to spread an important message about climate change. 80% of Gen Zs said the campaign felt relevant to their age group – a resounding seal of approval. 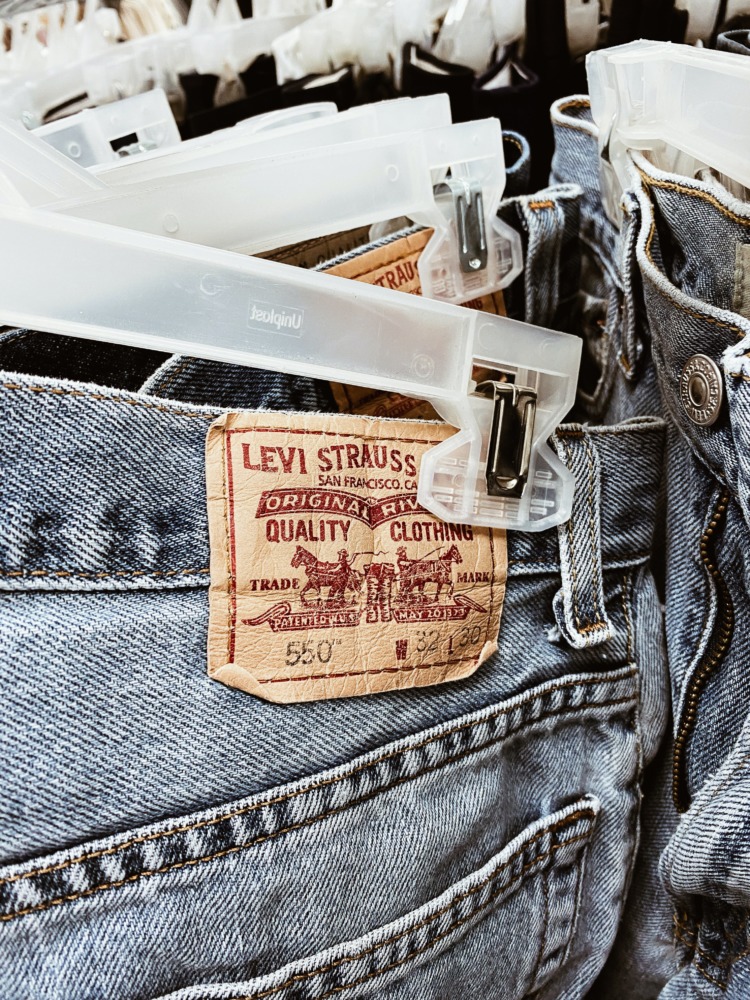 As each channel becomes awash with Gen Z-focused campaigns, one thing has become abundantly clear: nobody manages a Gen Z campaign quite like Gen Zs themselves.

This is epitomized by Duo the owl, the chaotic mascot for language app Duolingo. Duo enjoyed an early viral moment for guilt-tripping users to do their daily Duolingo via email.

Now, thanks to Gen Z social media manager Zaria Parvez, Duo has truly taken on a life of his own as a life-sized green mascot with a penchant for chaos. Duo’s adventures are often irreverent, offering behind-the-scenes glimpses of life at the Duolingo headquarters. He rarely offers much insight into language learning – in fact, you’re more likely to find him hitting up a Dua Lipa gig or causing trouble with Duolingo’s legal department.

But – and this is absolutely key – Gen Zs don’t care. They get to know Duolingo indirectly, learning that the brand has a sense of humour, that it supports LGBTQ+ rights, and isn’t afraid to go where its target users are. The language element comes later – when the brand’s 3.6 million TikTok followers are inevitably convinced, on a whim, to give Japanese a try.

The Duo owl is an example of something brands rarely get right – instead of simply reacting to an existing meme, Parvez and her team created one – and Duo truly is the big green gift that keeps on giving.

Want more? Our list of top 11 Gen Z campaigns has now dropped. Voted for by real Gen Zs, this is your chance to dive into the best of the best. Check it out now.